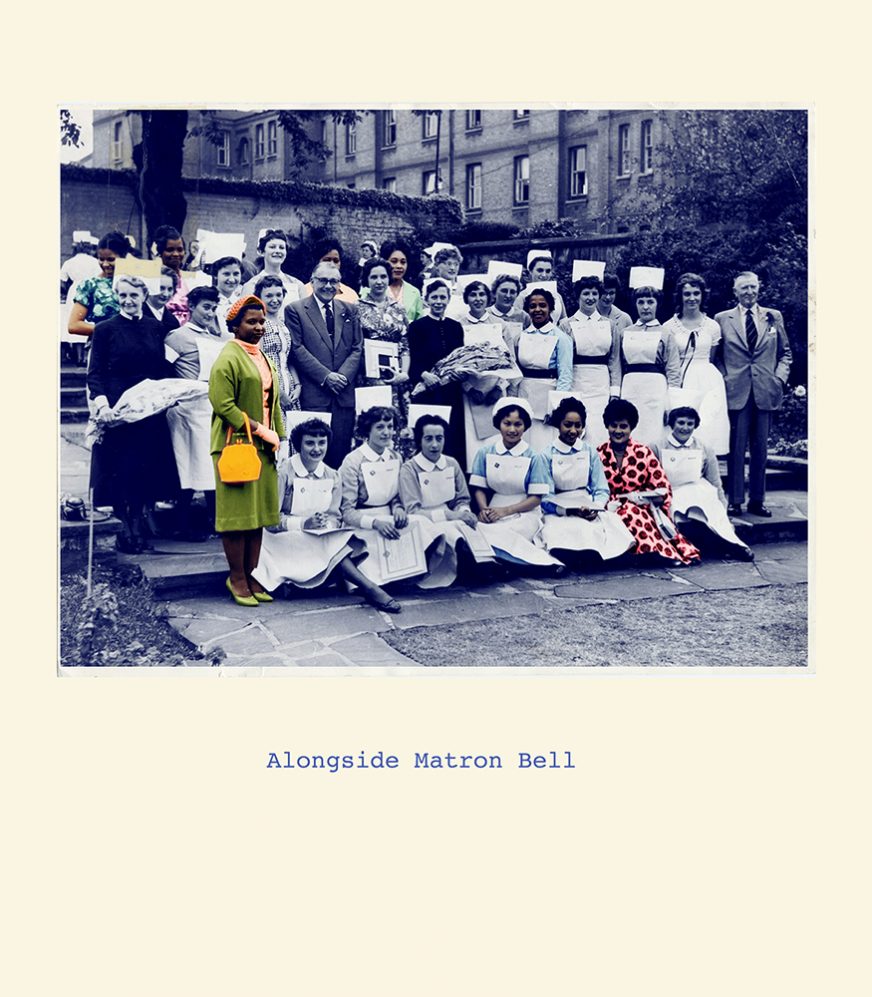 In 2008 I was commissioned by Lewisham Hospital to make a work celebrating 60 years of the NHS. After almost a year of intensive research, I chose to focus on Marjorie Bell MBE who was the first matron at the hospital under the NHS appointed in 1948.

But alongside Matron Bell there was a wealth of nurses and healthcare workers who had left their homes from across the Commonwealth to build a dream for the ‘mother’ country. Now dubbed the ‘Windrush Generation’, these Caribbean nurses were actively recruited by the British government to staff the newly formed NHS, desperately short of qualified healthcare staff. There is absolutely no doubt that without their contributions the NHS would not have survived beyond its inception.