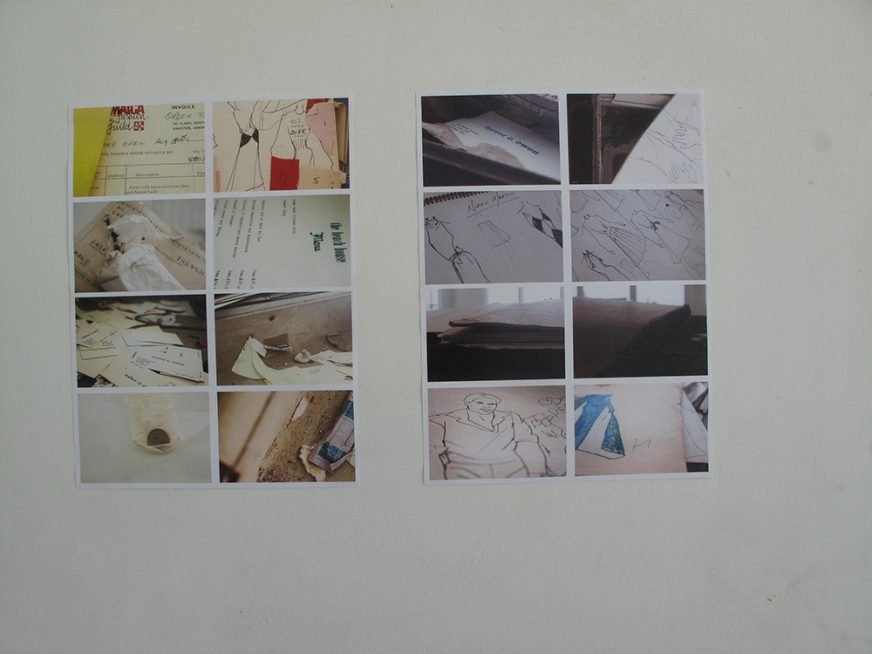 I created this residency in 2013, selecting early career participants – photographer and National Gallery of Jamaica curator O’Neil Lawrence (Jamaica) visual artist Marianne Keating (Ireland) video and performance artist Olivia McGilchrist (Jamaica) and design historian and writer Davinia Gregory (England). Over a three week period we all lived and created work alongside each other each developing their own distinctive approach to examining the work of the house’s notorious former owner, couturier Trevor Owen.

Culminating in an exhibition with talks by the artists and a series of projections at sundown it presented different responses to the specific practice of Owen, his life and times, the house in which he lived, and the process of researching such a formerly formidable but largely forgotten character. Collectively the aim of the residency group had been to bring this preeminent Jamaican designer back to the forefront of the national and international consciousness, as well as to contribute something significant to the Montego Bay Art scene over a sustained period. The research that accompanied this exhibition revealed some of the interesting relationships that existed between the contemporaneous fashion design scene, the tourist industry and the theatre in mid 20th century Montego Bay.