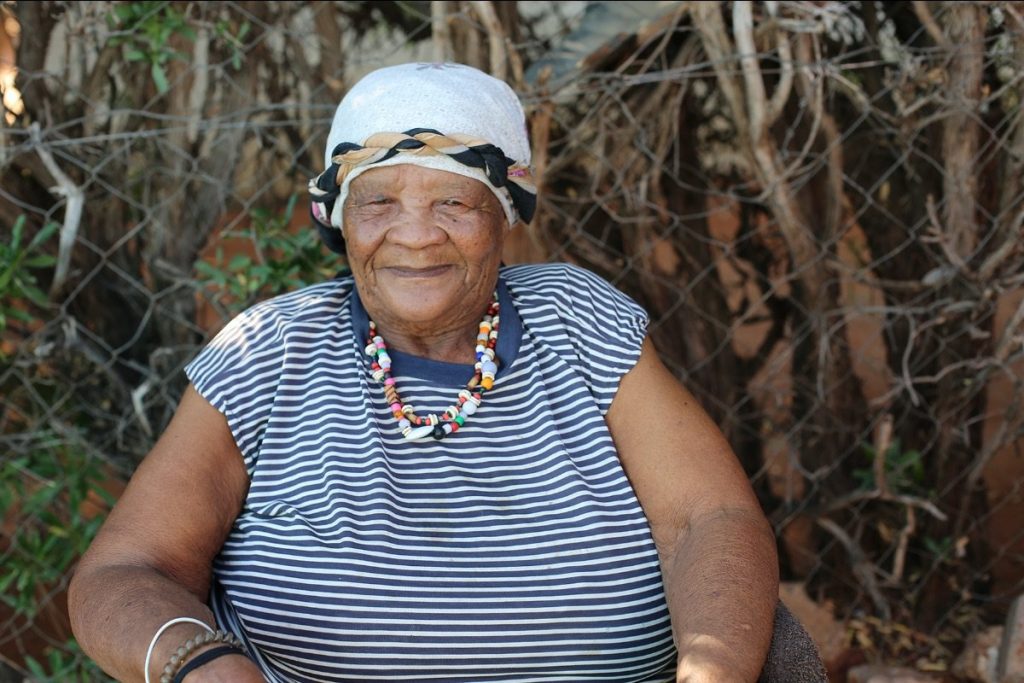 I would like to honor the life of Ouma Griet Seekoei, who passed away in Upington, South Africa on 27th of May 2020. She and her younger sister Katrina Esau were among the last speakers of the endangered language N|uu, the focus of my long-term project in South Africa. I photographed them both when I worked with Ouma Katrina in 2016. Sadly, the language has now only two remaining speakers. I would like to pay tribute to everyone from the community, for the support they have given me in developing the project and the battles they continue to fight to keep the language alive.

Griet Seekoei came into a world where to speak her mother tongue in public could result in being shot. The last permit to legally shoot the indigenous people of Southern Africa was issued in Pretoria in 1936 – the same year as the Johannesburg Empire Exhibition. The privileging of one ‘race’, one language, one culture and one history over another has its roots in the European Age of Enlightenment. This denial of humanity that repeats on every continent lies at the heart of why ‘Black Lives Matter’.